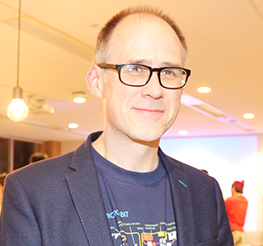 Gareth has been a board director since the Foundation’s inception in 2016 and was appointed CEO in January 2018. As Head of Operations for BBC Education, Gareth was the joint project lead for the micro:bit project and led the process which culminated in the formation of the Micro:bit Educational Foundation. His responsibilities included all non-editorial aspects of BBC Education, a department that produced BBC Bitesize, BBC Teach and BBC Food, amongst many others. Previous to this, Gareth was part of the senior management team at Twofour, using digital media to enhance education and training.