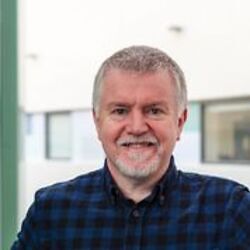 Ian Watt is an Open Data advocate and data scientist. He had an extensive career in the public sector in Scotland where he managed large digital projects, and obtained funding for, and led and his local authority’s participation in EU-scale programmes working with Nesta and many EU cities. He was the project lead for open data for a programme involving all seven of Scotland’s cities.

He combines roles as charity trustee, having co-founded Code The City to tackle social issues using tech and data, with being  exec- and non-exec director to three companies / organisations. He created and co-hosted the first Scottish Open Data Unconference in Sept 2020, the monthly Aberdeen Data Meetup and the Air Aberdeen group. In his spare time he runs the monthly Aberdeen Python User Group and is a trainer for Wiki Media UK with a keen interest in the use of WikiData as a public repository for linked open data.