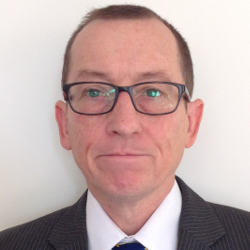 Paul worked in a small technology company in the US in the early 1990s who pioneered digital video recording for the film and TV industry before returning to the UK in the later part of the decade. He then started working in education and taught IT for 9 years. At this time, he got involved in open source and incorporated this into his teaching.

The exposure to open source was carried into working with a number of Moodle partners in the UK and US where he specialised in developing resources for customers and wrote a book about using Moodle for Design and Technology teaching. In 2014 Paul joined a small UK Awarding Organisation who specialised in open source qualifications for schools, colleges and training companies. As of July 2020 he is working as a Further Education college teacher for the newly introduced T Level, putting an Open stamp on things.