Engaging the Public Sector in the OpenSSF Mobilization Plan 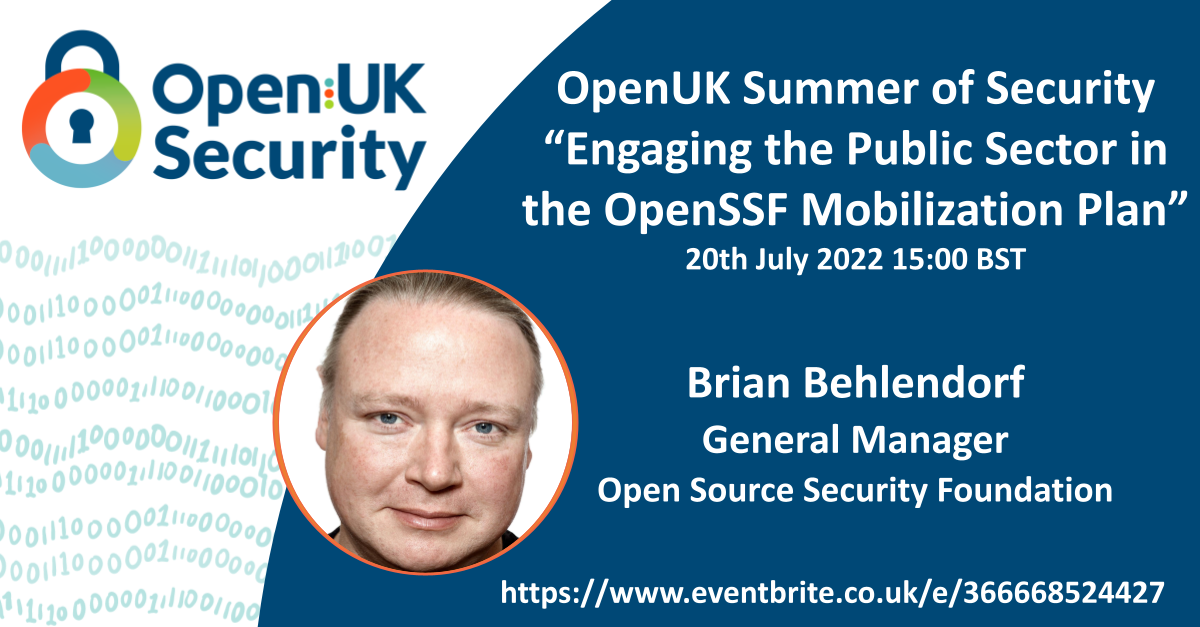 “Engaging the Public Sector In The OpenSSF”
Brian Behlendorf (born March 30, 1973) is an American technologist, executive, computer programmer and leading figure in the open-source software movement. He was a primary developer of the Apache Web server, the most popular web server software on the Internet, and a founding member of the Apache Group, which later became the Apache Software Foundation. Behlendorf served as president of the foundation for three years. He has served on the board of the Mozilla Foundation since 2003, Benetech since 2009 and the Electronic Frontier Foundation since 2013. Currently, Behlendorf serves as the General Manager of the Open Source Security Foundation.