Unlocking the Power of Data for Space Exploration 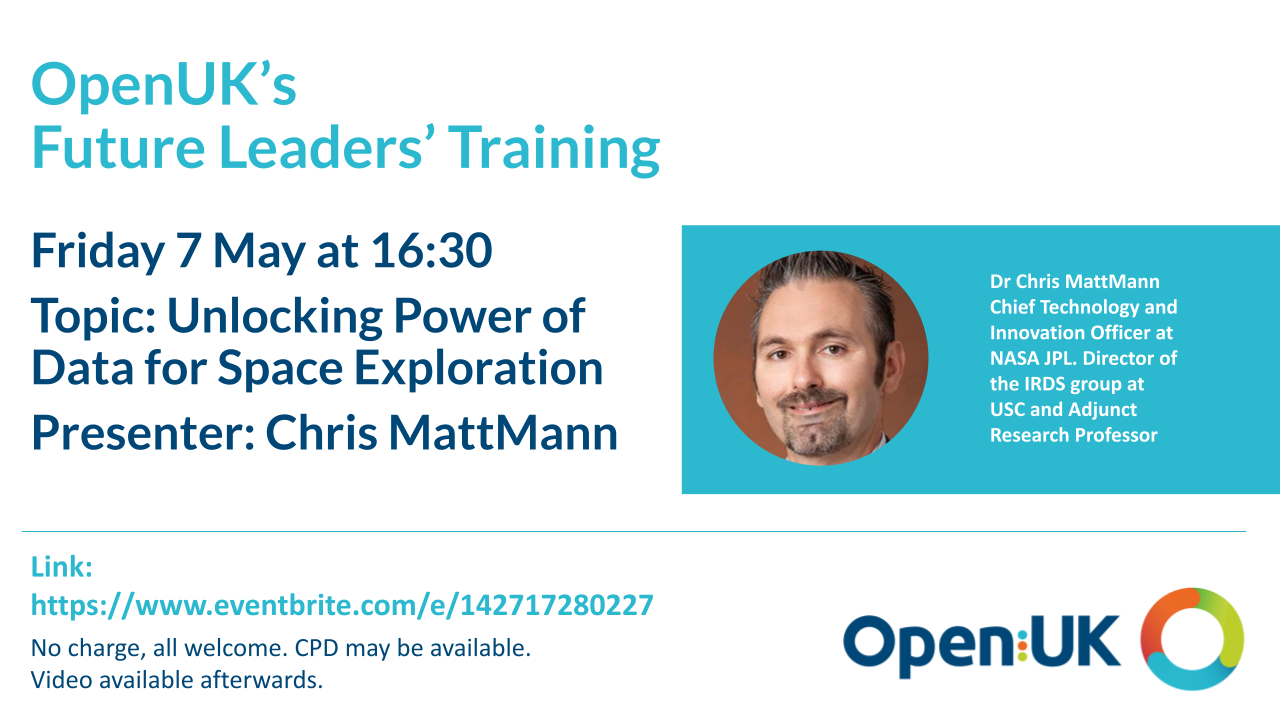 Future Leaders is taking on the West Coast, with this weeks talk given by Dr Chris MattMann.

Chris Mattmann is an experienced IT Executive, CTO and Division Manager of the AI, Analytics and Innovative Development Organization in the Information Technology and Solutions Directorate at NASA JPL. At JPL Mattmann is the Chief Technology and Innovation Officer and reports to the CIO and Director for IT, and manages advanced IT research and open source and technology evaluation and user infusion capabilities. Mattmann is JPL’s first Principal Scientist in the area of Data Science. The designation of Principal is awarded to recognize sustained outstanding individual contributions in advancing scientific or technical knowledge, or advancing the implementation of technical and engineering practices on projects, programs, or the Institution. He has over 20 years of experience at JPL and has conceived, realized and delivered the architecture for the next generation of reusable science data processing systems for NASA’s Orbiting Carbon Observatory, NPP Sounder PEATE, and the Soil Moisture Active Passive (SMAP) Earth science missions. Mattmann’s work has been funded by NASA, DARPA, DHS, NSF, NIH, NLM and by private industry and commercial partnerships. He was the first Vice President (VP) of Apache OODT (Object Oriented Data Technology), the first NASA project at the Apache Software Foundation (ASF) and he led the project’s transition from JPL to the ASF.