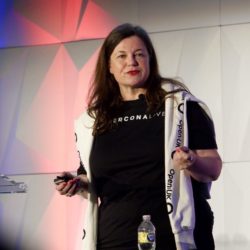 Amanda was awarded the UK Lifetime Achievement Award in the Women, Influence & Power in Law Awards, 2022, and included in Computer Weekly’s Most Influential Women and The UK Leaders in Tech long lists in 2021 and 2022 .

A lawyer of 25 years’ experience, she previously chaired the Open Source and IP Advisory Group of the United Nations Technology Innovation Labs, sat on the OASIS Open Projects and UK Government Energy Sector Digitalisation Task Force Advisory Boards and been an advisor to a number of start-ups including Beamery and Everseen.

With law degrees from the University of Glasgow, New York University and Queen Mary and Westfield, University of London, Amanda was part of the first cohort to study internet law in the UK.  She then spent 25 years practising law and almost 20 of those across companies in a variety of sectors, with a strong technology focus. She was the first lawyer working on the ISP Freeserve from 1999 and a member of the team which took it to IPO. She joined Canonical early stage as General Counsel setting up and running the global legal team for 5 years from 2008.

A frequent international keynote speaker, Amanda writes regularly for the technology press, is Editor of Open Source, Law, Policy and Practice, being published by Oxford University Press in October 2022 with open access sponsored by the Vietsch Foundation.