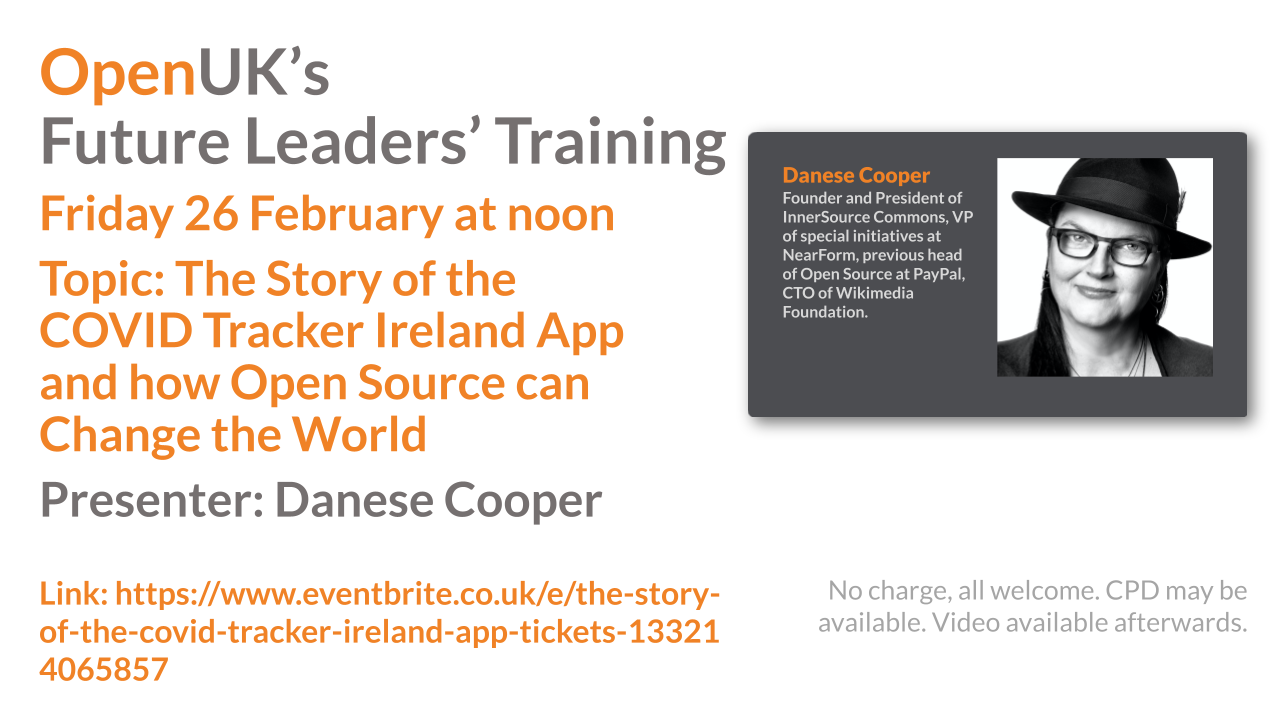 Danese Cooper has spent her life dedicated to promoting open source and InnerSource (the practice of open source methods inside corporations). It is well known that many organisations are inherently resistant to change. Throughout her career, Danese has gained many insights into how to effect change in organisations and ecosystems. In this session, Danese will share many of the lessons she has learned about how to effect long lasting cultural change.

Danese Cooper is the founder and president of InnerSource Commons. She is also vice president of special initiatives at NearForm, an Irish tech firm. Previously, she was head of open source software at PayPal, CTO of the Wikimedia Foundation, chief open source evangelist for Sun, and senior director of open source strategies for Intel. Danese was also the inaugural chairperson of the Node.js Foundation. She concentrates on creating healthy open source communities and has served on the boards of Drupal Association, the Open Source Initiative, the Open Source Hardware Association, and she’s advised Mozilla and the Apache Software Foundation. Danese also runs a successful open source consultancy that counts the Bill & Melinda Gates Foundation, the SETI Institute, Harris, and Numenta as clients. She’s been known to knit through meetings.