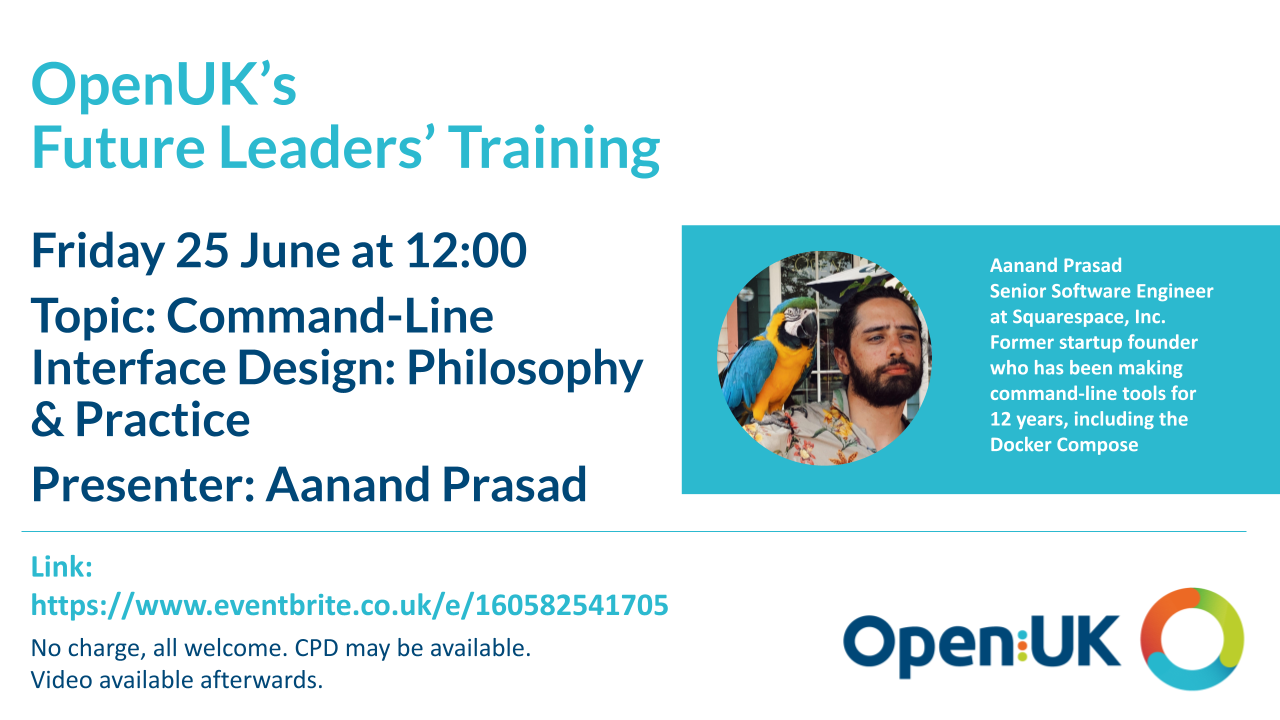 If you’ve ever used a terminal, you know that it can be a confusing, inconsistent, even hostile experience. If you’ve ever tried to write programs for the terminal, you start to understand why: very few conventions and best practices exist, and those that do are hard to find.

This absence led me and some friends to write the Command Line Interface Guidelines (CLIG.dev), an open-source set of guidelines for designing command-line programs, based partly on experience building and maintaining programs such as Docker Compose. CLIG is part philosophy and part practical advice; in this talk, Aanand will take you through what he considers to be the most important parts of both, and hopefully inspire you to create delightful command-line programs of your own.

Aanand Prasad is an engineer and former startup founder who has been making command-line tools for 12 years, the most well-known one being Docker Compose. He’s originally from London, and is currently building frontend architecture at Squarespace in New York.