Open Source and Licensing in 2021 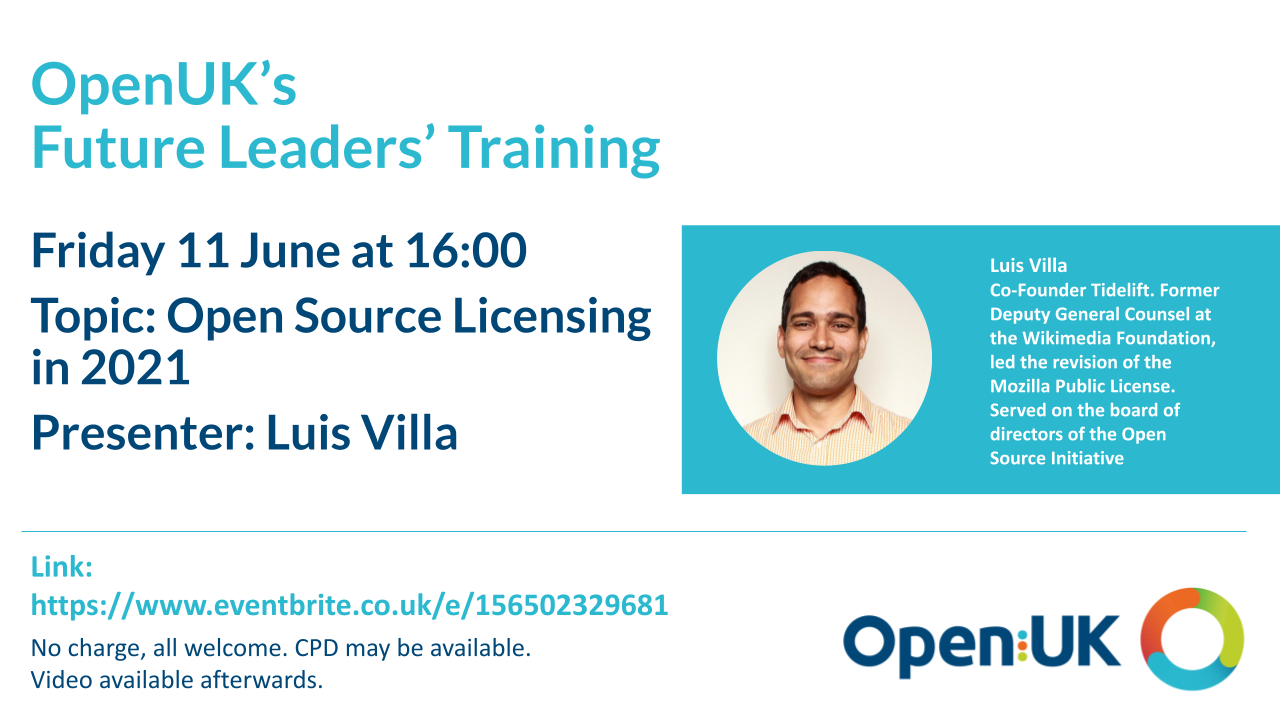 Our final West Coast Edition of the Future Leaders Training will be with Luis Villa on Open Source and Licensing in 2021.

Luis Villa is a lawyer, executive, and (former) software developer, specializing in open source licensing, product counseling, technology transactions, and community strategy. He is the co-founder of Tidelift, who are creating a new way to support and use open source software.

Before Tidelift, Luis worked on some of the most high-profile technology projects in the world, including: