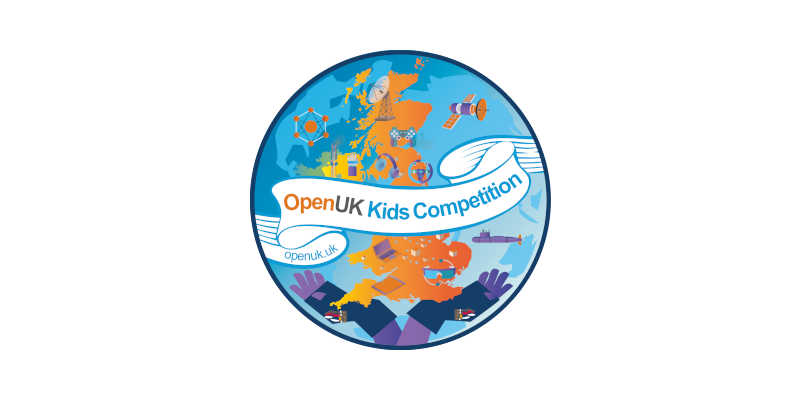 9th March 2020 – London, UK – OpenUK, the Open Technology advocate organisation for Open Data, Open Source Hardware and Open Source Software in the UK, today announced a new competition for kids at Key Stage 3 (age 11-14) across the UK focused on expanding awareness of the value that open technology can bring to individuals and society.

The competition will be based on assembling and using MiniMU gloves, which come in a child friendly kit and are powered by BBC micro:bit devices. The MiniMU kit is a make-it-yourself musical glove for children aged 8 and above and based on the MiMU Gloves designed by multiple Grammy award-winning musician Imogen Heap.

Imogen Heap said, “We are very grateful to the open source community whose passions and work have helped us to develop the MiniMU gloves.  I’m looking forward to being inspired by the projects brought to the OpenUK Kids’ Competition.”

“We created the MiniMU to encourage young people to discover that technology is both creative and powerful, and that their ideas can change the world. We’re very excited to be a part of the competition and we can’t wait to see what the kids will create,” continued Adam Stark, Managing Director of MiMU Gloves.

The competition is open to up to 100 schools across the UK, helping children experience the possibilities that exist around Open Technology. The OpenUK Kids Competition is being supported by Red Hat, Inc., the world’s leading provider of open source solutions, and GitHub, the world’s leading software development platform. The competition will be managed in collaboration with The Learning Partnership, a Science, Design and Technology, Engineering, Arts and Mathematics learning programmes company.

There will be five regional finalist teams of four pupils each invited to a two-day London Finals planned for the 10th and 11th June, which will include a Code Camp and hackathon in Red Hat’s Open Innovation Lab. Imogen Heap will attend as a judge at the finals, as part of a series of events taking place for OpenUK Week.

The MiMU gloves have been used by a range of artists to create music including Kris Halpin, Ralf Schmid, Lula, Chagall and even Ariana Grande on her world tour in 2015. As part of the competition, the children’s MiniMU glove design will be open sourced, allowing more people to make use of them for their own creative endeavours. The MiniMU gloves were featured in December 2019 on Blue Peter.

Amanda Brock, CEO at OpenUK commented: “It’s great to announce the first annual competition for school age children which will encourage more young people to take part in projects around technology and creativity. This competition should inspire more school children to see their futures in the technology sector and will be a stepping-stone into the world of Open Technology in Education for OpenUK. This is part of a wider approach to developing the UK’s future leadership in Open Technology.”

David Whale, School Science Ambassador and member of the EdTech 2020 Hall of Fame said, “The BBC micro:bit is a globally deployed EdTech platform used by schools and children all over the world. It is built using large amounts of open source software, and like the MiniMU gloves, provides a fun and engaging way for children to imagine and create new innovative ideas. Open source offers significant opportunities for innovation and education, and by building on top of and extending open source products designed by experts, children can progress further in less time, and they can tell meaningful stories about the future world they want to create for themselves.”

James Lovegrove, EMEA Director Public Policy, Red Hat said: “Open source is changing the world. It’s fantastic seeing students embrace the possibilities of open source in a collaborative way through this competition and we look forward to welcoming the finalists to our Open Innovation Lab in June.”

Aulden Dunipace, Managing Director at The Learning Partnership, said: “We are pleased to be supporting this innovative competition with schools learning directly about open source through music. It’s an exciting opportunity for schools to show pupils how music, technology and creativity come together. We’re looking forward to seeing what gets created as part of the competition.”

To take part in the competition, school teams will have to make up the glove kit, create a video on their experiences, and demonstrate how they will use the gloves. As part of the awards submissions, pupils will learn more about open technologies and provide their responses on the value that open source offers to them.

OpenUK is the industry association representing Open Technology being open source software, open source hardware and open data organisations across the UK. As an industry association, OpenUK gives its participants greater influence than they could ever achieve alone. OpenUK is committed to supporting collaboration between businesses, public sector organisations, government and communities to expand the opportunities available to all around open technology. It is building a visible community, ensuring the UK’s laws and policies work for Open and promoting learning in Open Technology. OpenUK is a not-for-profit company limited by guarantee, company number 11209475.