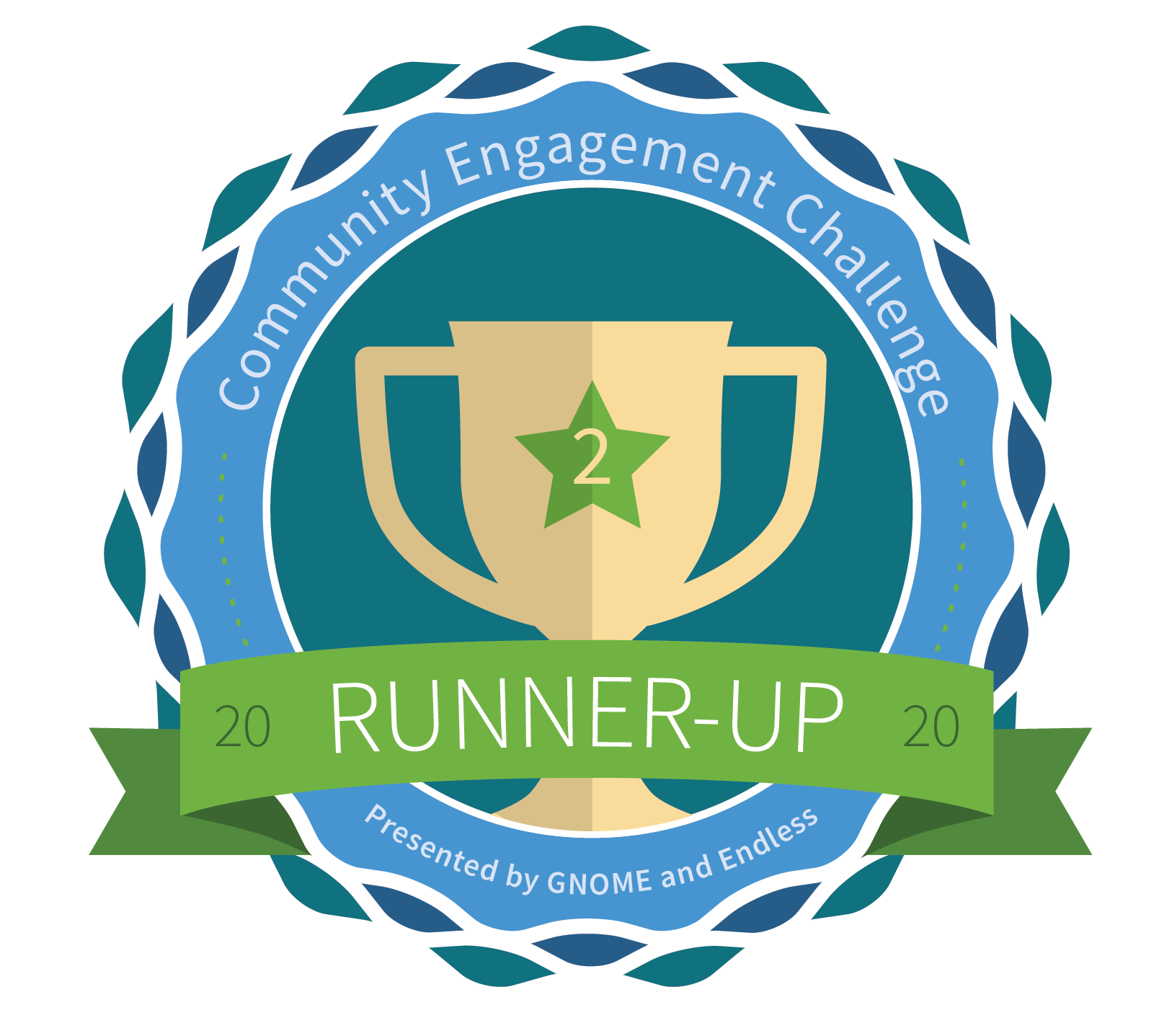 On 7 April we were honoured to be recognised by the GNOME Community Challenge as the Runner Up in the first Challenge, with our Kids Course and Camp. We came second out of 149 entries aiming to engage people more in open source and contributing to it.

These are part of a bigger piece of work we have been developing at OpenUK around Learning and Education and which will continue to occupy us for another 18 months.

The work we are doing to build curriculum in open technology falls into these categories:

We started with a kids competition in 2020, as a first step toward our education and Learning work. As a result of the pandemic, our plans had to pivot and we build a course of 10 animated lessons, initially to help kids who were stuck at home due to lockdown to get to know their MiniMU glove being given to them for the competition and to teach them about open source. This was done to support their being part of our competition but we soon realised that we had created a powerful tool, which in an extremely gentle way, brought young people to both digital skills and open source. In particular, it appealed to girls and we regularly had feedback that they expected coding to be boring but this was fun.

Our animator, Matthew Buck of Drawnalism and my old friend voiceover artist Steph Bower, played a big part in making the first course as brilliant as it is.

We decided to run the course as a Summer Camp, realised the handouts accompanying the course could become Ezines, digital magazines, which I was supported on  with some flair by designer Georgia Cooke and journalist Stuart Hodge. They are filled with interesting learning and stories.

We on boarded Huawei to sponsor a giveaway of 3000 glove kits which were snapped up in days by individuals direct and by schools and community groups. The kit giveaway was essential, as is he fact the camp was free, as bridging the digital divide is critical in this kind of work.

Imogen Heap, the double Grammy Award winning singer, had created her musical software glove a decade before. As a lawyer, I had done some pro bono work on this for her then and she had more than repaid me by taking me, and a young friend, to see Arianna Grande when she toured with the musical glove. We saw her at the O2, rocking the audience with the glove and then we were lucky enough to go back stage with Imogen who mentors Arianna. We met the young  glove wearing star and a number of other musicians.

I knew, when we decided to use the MiniMU glove kit, created by Helen Leigh, but inspired by Imogen’s glove, that this would have a wide appeal and had hoped girls in particular would find it an interesting route into coding. I am extremely grateful to Imogen who supported our first course, by doing a voice over in episode one teaching how to make the glove and what open source means. She also judged our first competition and awarded prizes to the winning kids.

When I instigated us having a Kids Competition and worked to find Red Hat as a sponsor, it was because I wanted to create a presence for OpenUK in Ed tech. With people like David Whale and Pamela Boal supporting this work our content has brilliantly matched Key Stage three. The next step for young people in Key Stage Three is, of course, GCSE and that is the likely next step for us.

Pamela has been leading on building curriculum around this and we are looking for more teachers to get involved.

Our goal is to ensure that we meet all 4 Nations’ curriculum variants in producing a GCSE in Open Technology, so not just teaching code but also teaching community, collaboration, governance, and intellectual property. It will also teach open hardware and open data.

I, in particular, have had the experience in open source that whilst some of my friends are amazingly academic and “well qualified”, many of the best developers I know, whilst incredibly bright, great at software development (some are extremely knowledgable around this) and in some cases wealthy as a consequence of all this, they could not fit within the academic regimens of school or university. Knowing this we also want to create a route to a qualification in open technology which can be taught within an apprenticeship scheme.

We have not been able to create an entirely open source apprenticeship scheme, due to the structuring of these schemes, but instead, by creating and seeking approval for this Knowledge Module it can be fitted into all existing schemes and roles. If you are interested in your company being involved with this let us know.

University Group and Gift of Curriculum

We began work on tertiary education with 8 well known universities and this was also hit by the pandemic. Unfortunately it has not been so easy to pivot. We decided that too much has been going on for our friends working in Universities and to allow them time, to let the dust settle.

Our plan is to reinvigorate that group for September.

I have been working really hard over the last year on a book.

Free and Open Source Software, Law, Policy and Practice, second edition will be published by Oxford University Press this autumn, with my name as the editor. That will happen only once. It has been too much work and I will never do this again with my name as the only editor…

The content has been created by over 20 world leaders in open source software and it will be the seminal text in this space.

However, it is not only being published but is being published open access, thanks to the sponsorship of the Vietsch Foundation. This is our gift to tertiary education, offering them world class curriculum.

In 1982, I was given a ZX Spectrum for Christmas. It didn’t run. Seemed to have a problem booting, I now know. Then, I knew that my new computer didn’t work. I didn’t learn to code.

My parents were not wealthy and had gone without to get me that ZX Spectrum. They felt helpless that it didn’t work for me.

I was lucky to have been given it and unlucky that there were no adults with any understanding of computers available to me to support me, mentor me and help make this work.

The pandemic has highlighted as clearly as anything could that there has been a divide growing in the UK (and the developed world) where children from poorer backgrounds do not have access to kit, to internet and to both data and content. We need to fix that.

A very tenacious young woman, Ashleigh Monagle has come on board as our Digital Inclusion Lead to lead us on:

We hope to do a further glove kit giveaway in 2021 and are looking for partners to fund that.

We plan to rerun the 2020 camp in June/July and the train the teacher videos will be available to support groups doing that.

With Lowena Hull added to the team, we are working on our second course which will be run in July/ August and which will go a step further than the first course, being based on the OSD and putting open source and sustainability at the heart of the learning.

In September, we will run a second kids competition to create a sustainable outcome using the glove kits and the learning from the course.  The prize giving will assuming COP26 is a face to face event, be hosted from there in a hybrid digital event.

The course and camp are thanks to the sponsorship of Red Hat and we are eternally grateful to Jim Craig and James Lovegrove for their faith in this from the start and to Sarah Weldon Gamble and Dave Wedderburn for their support.

At OpenUK we are all about Belonging. There is room for everyone’s skills to support our work. If you are a teacher, educationalist, community leader, potential sponsor, mentor, or would like to somehow be involved, then let us know at admin@openuk.uk