“Some people have all the luck” Neil McGovern, Executive Director, Gnome Foundation 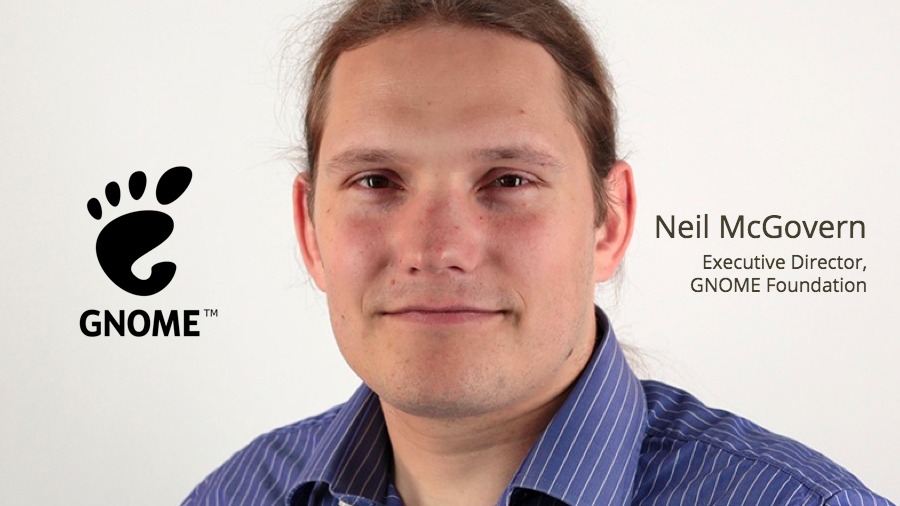 A colleague said this to me after it was announced that Rothschild Patent Imaging LLC alleged that GNOME is in violation of one of their patents. Being sued is usually an occasion for sending condolences, but in this particular case, we also see these allegations as an opportunity.

When I took on the role as Executive Director for the GNOME Foundation, I was coming off a political career in Cambridge. Having previously worked as a developer and and volunteered as the Debian Project Leader — which is a full time job in and of itself — I felt prepared for the wide landscape that one faces when running a non-profit supporting a global project impacting millions of people and trying to make their lives better through the development of technology. Part of this is looking at every challenge or opportunity and asking ourselves: How does this fit into our mission?

The GNOME Foundation’s mission is to build and enable the building of free software that is usable, private, and secure for everyone, regardless of country, language, or physical ability. We do this primarily through the development of the GNOME desktop environment – which you are probably using if you’re running a Linux operating system like Debian, Fedora, or Ubuntu. GNOME is the primary visual way you’re interacting with your computer, it’s what the desktop looks like, how you search for and download apps, what you see when you turn your computer on, and what it feels like to use your machine.

GNOME comes with a lot of options in order to offer you a complete computing experience, including Shotwell, a photo manager. Since 2010, people have been using Shotwell to import photos from digital cameras, make basic edits to images, manage metadata, and publish media to web sites like Flickr and YouTube. It is this first feature, importing photos from digital cameras, that Rothschild Patent Imagining LLC claims violates its patent US 9,936,086.

Rothschild followed the allegations up with an offer to settle for a high tens of thousands of dollars figure, which would give us a license to continue working with Shotwell, but not allow us to continue fulfilling on the promise of free software – to protect the rights of others to use, study, modify, and redistribute the source code and materials that make it work.

How would settling, and paying them the license fee, fit into our mission? Settling would mean failure: It could open the floodgates to all other suits. This would be simply not viable if we want out software to actually be free and open for everyone.

While we were talking about how settling isn’t an option, we were also thinking about what this situation means beyond “we are being sued.” Was GNOME being targeted by someone trying to shut down a FOSS project? It seems unlikely that that is the case, based on other activities carried out by Rothschild, who largely acts like what we colloquially call a patent troll. Our concern is wider than GNOME. This is about open source software more widely. How can we create those user freedoms, and software that millions of people rely on, when we have to constantly look over our shoulder at these alleged infringements, which are on overly broad concepts? Patent trolls don’t have a place in free software; they don’t have a place in open source.

We communicated our concerns to Shearman & Sterling, who agreed to work with us on the case. We agreed that it is not enough to just fight against the claim for Shotwell, but to frame the entire patent as invalid.

Since we announced the case, there has been a tremendous outpouring of support. In addition to over 4,150 individual donors who have contributed nearly $150,000 USD, we have had several sizeable donations from the Debian Project, Igalia, and Linux Australia. Funding a patent litigation suit can cost into the millions of dollars, so we deeply appreciate those who have come forward to support our campaign.

The Open Invention Network has also stepped up by offering support in researching prior art. In a case like this, it is important to show that the idea behind the patent is not unique, and that people were employing that method or technology before the patent was filed. OIN is helping with this research, which in turn will help our case.

This highlights why the case is as much an opportunity as anything else. It will not be an easy fight, and it will not be a simple one, but is is an opportunity for the community to come together and support the idea that patent trolls have no place in free and open source software. Our plan is to not only move forward with the case, but to try and have patent US 9,936,086 invalidated, so that Rothschild won’t go after any other project or company – whether they produce free and open source software, source available software, or proprietary software.

Neil McGovern, Executive Director, Gnome Foundation is based in Cambridge, UK
OpenUK has supported the Gnome foundation with a small donation to their litigation fund.