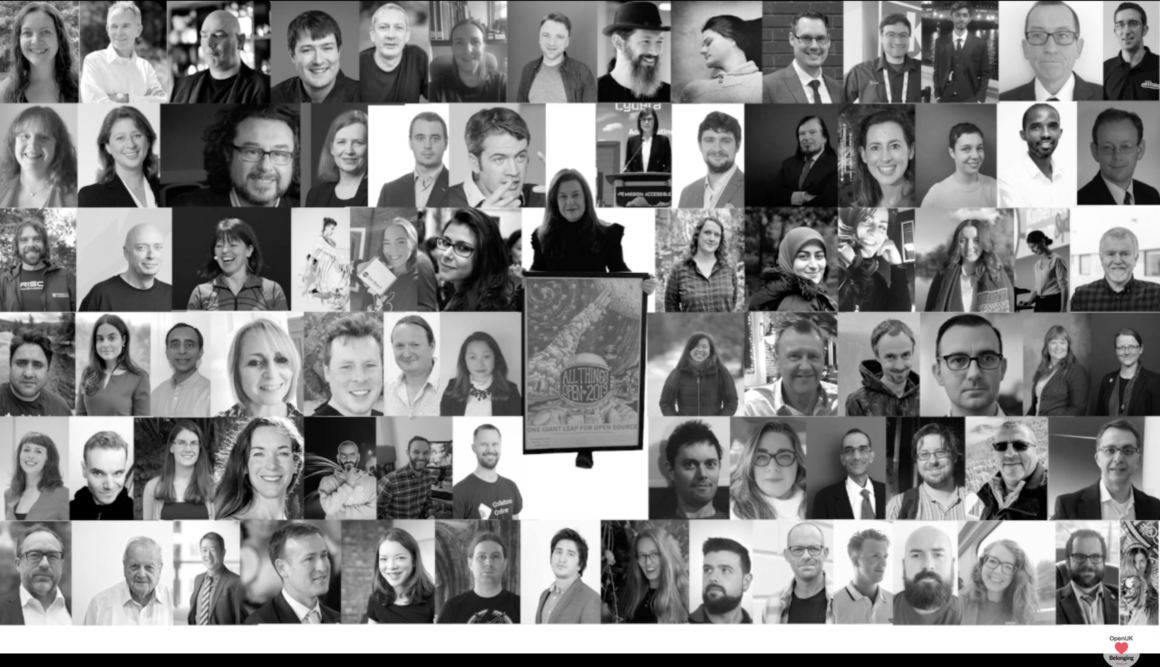 We hope you enjoyed Valentines Day which was also “I love free software” day. OpenUK shared a Valentine across social media and if you haven’t already seen the #OpenUKBelonging Letter and video, then please take a look. If you feel you are able to sign up to it, please show your support by sharing it on Twitter and LinkedIn. You can sign up on an ongoing basis by sharing on social media with the #OpenUKBelonging:

We managed to organise almost 100 of you signing up to the letter and many are included in the video, in support of Diversity, Equality and Inclusion, in particular digital inclusion for young people. We will be focusing on inclusion in our work in our Learning Work stream.

We will also be launching our Belonging Network on International Women’s Day, 8 March, and are looking for not-for-profit diversity organisations to partner with as part of that Network. In particular we seek organisations that promote racial and neuro-diversity and to encourage kids into coding. We will feature them on our web site, and promote one of their activities, featuring a different partner each month, starting with Everywoman in March.

I will also be speaking at WomenTech Global Conference 2021 about ‘The importance of global collaboration in a world of Brexit and Geo Political Shift.’ You can get tickets for this here. I was also featured in GLAM as a role model and revealed my super powers!

Our Kids Course and Camp will be going ahead again in 2021 thanks to Red Hat’s Sponsorship.

The existing team will be joined by a new Creative Director, Rehana Soltane, her intern, Lowena Hull, and mentorship for them from Helen Leigh. The Kids Camp, which is through to Phase 3 of the GNOME Community Challenge, will run in July and August, and our second Kids Competition will take place in September – October.

March will be a busy month as Phase One of the OpenUK Report, “State of Open: The UK in 2021” will be released and we will host 4 lunches to share that report with our community, business and Government. If this is something you would be interested in attending, or if you might be interested in our survey after Easter please get in touch at adminsupport@openuk.uk.

We also look forward to sharing our Future Leaders report on UK Government Procurement shortly and this will be included in the Legal and Policy Group’s response to the Cabinet Office Green Paper on public procurement. Well done to the Future Leaders for all the hard work that has gone into this.

Our Future Leaders have a half term break this week but are back on the 26 February with NearForm’s Danese Cooper talking about the Test and Trace App. In May we will be hosting a “West Coast Edition” of the Future Leaders talks, moving to late afternoon for the month to allow some of our West Coast talent to lead talks, including Chris Mattmann from NASA.

Danese Cooper: The Story of the COVID Tracker Ireland App and how open source collaborations can help change the world.
Nearform supplied the app for Ireland, Northern Ireland and Scotland and donated their code to the Linux Foundation’s Public Health Project which OpenUK is a member of.

My own Future Leaders talk on Commercial Models had the added “draw” of Matt Buck of Drawnalism, who created imagery to represent the content. You can see the talk here

I was quoted fairly extensively in Computing who covered the Elastic move to SSPL last week. You can read the article here.

We are delighted to welcome 10 New Ambassadors in our February Cohort. Welcome Andrei Cioaca, Carla Gaggini, Chris Kranz, Chris Simmonds, Christopher Howard, Ian Watt, Jason Evans, Jordi Mon Companys, Lorna Mitchell and Mauricio Salatino . We look forward to working with them to support growing our Supporter network. We will be featuring them on twitter over the next couple of weeks. If you are interested in becoming an Ambassador, you should contact hello@openuk.uk.

I hope that all of you in the UK will all become OpenUK Supporters as once you have been a Supporter for 6 months you will have voting rights in OpenUK’s Board elections. The first Board elections are planned for Q4 this year so sign up soon!

The days are rapidly becoming lighter and spring will almost be here by our next update. Stay safe and well.