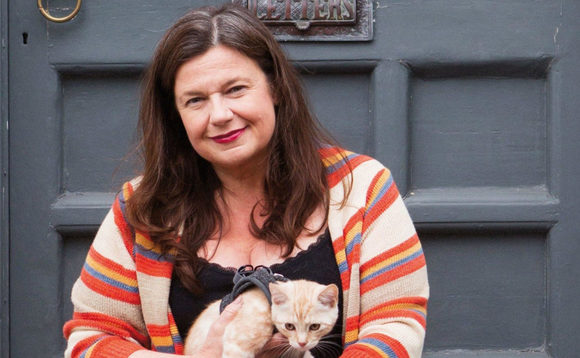 I certainly couldn’t have imagined when I wrote Information Age’s review of open source in 2019, that I would be writing a similar review a year later with the Covid 19 pandemic test and trace app as number one on the list of Open Source Technology events in 2020.

1.The need for trust and transparency around the data captured and used by Government in the pandemic “test and trace” operation’s use of apps and has pushed open source to the forefront of the discussion of the apps.

The UK’s app – in its second iteration – is released on MPL (Mozilla Public Licence) and the frontend code is shared publicly on GitHub. In Germany during the app development we not only saw the app code open sourced but saw artefacts released early and continuously for their open source track and trace app, which benefited from thousands of community bug fixes and contributions by using this open development process.

Both the UK and Germany moved to decentralised databases at least partly as a consequence of privacy rights campaigners. The need for transparency in the apps, to build trust saw the apps being open sourced across the world, from Singapore to Italy.

Rothschild lodged allegations of patent infringement against GNOME, without understanding the power of the open source community. Not only did McGovern secure pro bono legal advice but a fighting campaign of over $150,000 from over 4,000 individual donors contributing to the defence fund.

Rothschild’s initial offer to settle for $75,000, just a week after proceedings were issued, was rejected and GNOME countersued, removing Rothschild’s ability to withdraw. By doing this McGovern was able to secure not just a commitment not to sue GNOME again, but to obtain rights and assurances with respect to the Rothschild patents for the entire open source user community.

“We have managed to secure a more certain future for all of open source software and sent a very strong message to other patent holders that attempts to bring suit against us will be at best, futile” said McGovern.

Giants like Rothschild should think twice before attacking small open source players, who can rely on the power of the open source community.

Whilst the UK has asserted its sovereignty through Brexit, we see Europe also focusing on its own sovereignty and as it begins what the Commission are calling a Digital Decade, it is with a focus on both data sovereignty and digital sovereignty, manifesting in the proposed Digital Markets Act and Digital Services Act as we approach year end.

Europe has been clear that it requires an open approach, the use of open data and transparency. This will include an open source infrastructure or Cloud for Europe. We have seen this, as number one of the list set in the European Parliament’s briefing, come to fruition through the formation of GaiaX, which at its launch day event announced 181 Day One members including OpenUK, described as “a lifeline for the UK”. GaiaX will, of course, be built on open source.

4. The rise of SUSE (more than just Linux) and acquisition of Rancher Labs

Those of us in open have been familiar with SUSE for almost two decades as the first company to ‘market’ Linux for enterprise, but the majority of the population will have become more familiar with it in the last 18 months, as it has proudly stepped into Red Hat’s shoes as “the world’s biggest independent open source company”.

CEO, Melissa Di Donato has been clear that she is ready to take on IBM owned giant Red Hat, and with the acquisition of Kubernetes management platform, Rancher, finalised in the run up to Christmas, was quick to declare that “With our powerful and modular approach to open-source software, our customers can count on reliability and unmatched agility to innovate everywhere – from the data centre, to the cloud, to the edge and beyond.”

It will be interesting to see where the world’s biggest independent open source company will go in 2021.

5. European Commission policy on Open Source and OSPO set up

In November the European Commission set out its policy on open source, which in many ways resembles the world leading policy of the UK from 10 years ago. https://ec.europa.eu/info/sites/info/files/en_ec_open_source_strategy_2020-2023.pdf

“We want to bring Europe’s people together in an inclusive, open approach, to find new opportunities and transition to an inclusive, better digital environment that is ready for the realities of today’s global economy. In all of this, open source software has a role to play.” Their strategy rightly recognises the pervasiveness of open source software, “Open source is present everywhere. All around the world, companies and public services are using the open source collaborative methods to innovate and build new solutions. It powers the cloud and provides professional tools for big data and for information and knowledge management. It is in supercomputers, blockchain, the internet of things and artificial intelligence. It is in the internet. It is in our phones and our TVs. It provides us with streaming media. It is in our cars. It runs Europe’s air traffic control. The chances are that, in any new project involving software, from kitchen appliances, through web-based public services to highly specialised industrial tools, most of the code will be based on open source.”

The open source strategy “reinforces the Commission’s internal working culture that is already largely based on the principles of open source. However, it will also help the Commission change some of its technological and information management processes…. The Commission leverages the transformative, innovative, and collaborative power of open source, encouraging the sharing and reuse of software solutions, knowledge and expertise, to deliver better European services that enrich society and focus on lowering costs to that society.” It recognises that “A well-orchestrated internal approach to open source will also help the Commission achieve the goals of its digital strategy.”

The Commission may not have been early in its delivery, but it was on time in its delivery of the EU policy, which was required to be delivered by 2020 in accordance with the Tallin Declaration.

The UK’s DCMS is committing to deliver the UK’s Digital Strategy in 2021 and our National Data Strategy is imminent.

This final one may leave some of you with a sense of déjà vu.

Google versus Oracle is still predicted to be the copyright law case of the decade and has in fact progressed to the US Supreme Court (SCOTUS) having resurrected in 2019 as Google petitioned for the US Supreme court to review the current Federal Circuit decision giving Oracle a victory over Google’s copying of Java in its Android mobile operating system.

The open source context supports Google’s copying of the Java language API’s. Sun Microsystems built Java as open source and, although Google has since moved away from using this, it has maintained that the Java API was legitimately used in the early Android operating system. Fundamental questions to be answered in this litigation go beyond open source to whether API’s attract copyright and if Google’s use attracted fair use. Both questions have a wide-ranging impact on open source and all other software.

OpenUK,  joined an amicus brief with a number of open source organisations, supporting Google’s action and is the only non-US- based participant, supporting software freedom and appropriate copyright decisions through the US court system. The expected 2020 decision did not materialise, like many things in 2020, but should be just around the corner and delivered early in 2021.

The UK’s National Data Strategy is due imminently and we heard from the House of Commons in December that the UK’s Digital Strategy is planned in 2021, perhaps not open source events but they will have a critical impact on all technology activities and business and it is critical that they include a strong understanding of open.